Top Celebrity Fashion Designers In Nigeria – The Brains Behind The Glam

An accomplished Medical Practitioner per Excellence, a dedicated servant of God, Family Man and Lover of Mankind, with an uncommon humility.

Dr Peter Ozua is an accomplished Histopathologist and Cytopathologist, leading the Clinical Practice for Cellular Pathology Department, at Basildon University Hospital. He is also a Fellow of the Royal College of Pathologists, one the UK’s leading organisation committed to promoting excellence in the practice of pathology.

In efforts to truly comprehend this remarkable man’s accomplishments let us start with how he came into the field. In his early days, the cornerstone of his education began at the University of Benin – where he studied Medicine and graduated in 1982. Thereafter, he completed his housemanship at the Specialist Hospital, in 1983 which then enabled him to work at the National Orthopaedic Hospital Igbobi in Lagos during his National Youth Service Corps from 1983 to 1984. Ultimately his professional career commenced as a Medical Officer, at the then, Bendel State Health Management Board.

He soon relocated to the United Kingdom (UK), where he completed both his postgraduate training at Hammersmith Hospital and University College, in London. It was in May 1999, when Peter was appointed Consultant Histopathologist/Cytopathologist at Luton and Dunstable Hospitals – he later then moved in 2002 to his current workplace in Basildon.

With such an outstanding career, Dr Ozua has distinguished himself as an exceptional Pathologist and leader in the ever-competitive healthcare industry in UK. He is a member of the Pathological Society of Great Britain and Ireland, British Division of International Academy of Pathologists (IAP) and European Society of Pathologists. At Basildon University Hospital, Dr Ozua was a member of the Discretionary and Clinical Excellence Award Committee from 2004 to 2005 and the IT Steering Committee from 2007 to 2009.

He is a charismatic and empathetic Nigerian patriot, widely renowned for his significant contributions to the Nigerian community in the UK within the medical and social areas. From 2000 to 2003, he served as the Public Relations Officer/Fundraising Secretary for the Medical Association of Nigerians Across Great Britain. Also, he became the founding General Secretary of the Central Association of Nigerians in United Kingdom from 2006 to 2011. In addition to being inaugurated as the first president of University of Benin Alumni Association UK branch from 2011 to 2013. 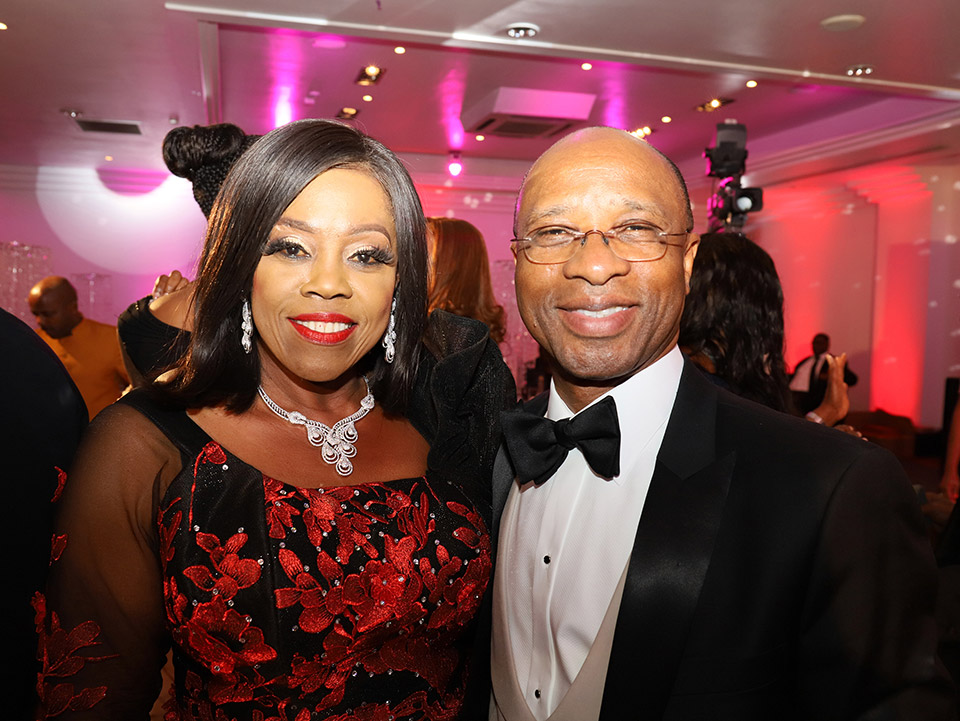 As we’ve come to discover, Dr Ozua has accrued a staggering number of accreditations and awards in his lifetime. Most have been directly linked to his phenomenal work ethic and desire to learn more, whilst in other areas his notable contributions to society, and his philanthropic work. His willingness to support charitable initiatives in both UK and Nigeria, whilst serving as a reputable professional to the National Health Service (NHS). As acknowledgement of his efforts, Dr Ozua was presented with the Award of Excellence from the University of Benin Alumni Association (UK Branch). In October 2014, he was honoured by the Nigeria’s High Commissioner to the United Kingdom, for his meritorious services to the Nigerian Community in UK. Then also acquired the chieftaincy title ‘Okhoeguale of Ekpoma’ after his avid efforts to develop the Ekpoma origin in 2015. In the most recent of cases, Peter received the NHS@70 Excellence Award UK 2019 for his outstanding contributions by Nigerian Health Care Professionals UK.

This great man, a Trail-Blazer, a History Maker, a Mentor, a Scientist and a Community Leader, is greatly honoured with the ‘Society Celebration award, Most Influencer Personality’ of the year 2019.

Remembering A Blessed Life In loving memory of Ibidunni Ighodalo