Training, Discipline and Prayers are all one needs to prosper in life

For Labernimure Elegance, her manufacturing company, which she established in 1989, went through its difficult times, but sprang into an important international label, whose products are being sought after across the world.

Bernadette was born in Nigeria, where she had enjoyed the early years of her life before relocating to the U.K. in efforts to further her education. She read diligently and became a qualified Fashion Designer. Whilst she garnered valuable work experience and training from various fashion houses, Bernadette began to refine her skillset as both a Pattern Cutter and Designer.

“My work revolved around meeting buyers and securing orders for firms. It was a great opportunity for me to assess my potential while gaining invaluable experience. My dreams of becoming a versatile and famous fashion designer became more achievable…”

In that same year, she married her husband, A Siamese and very supportive personality. 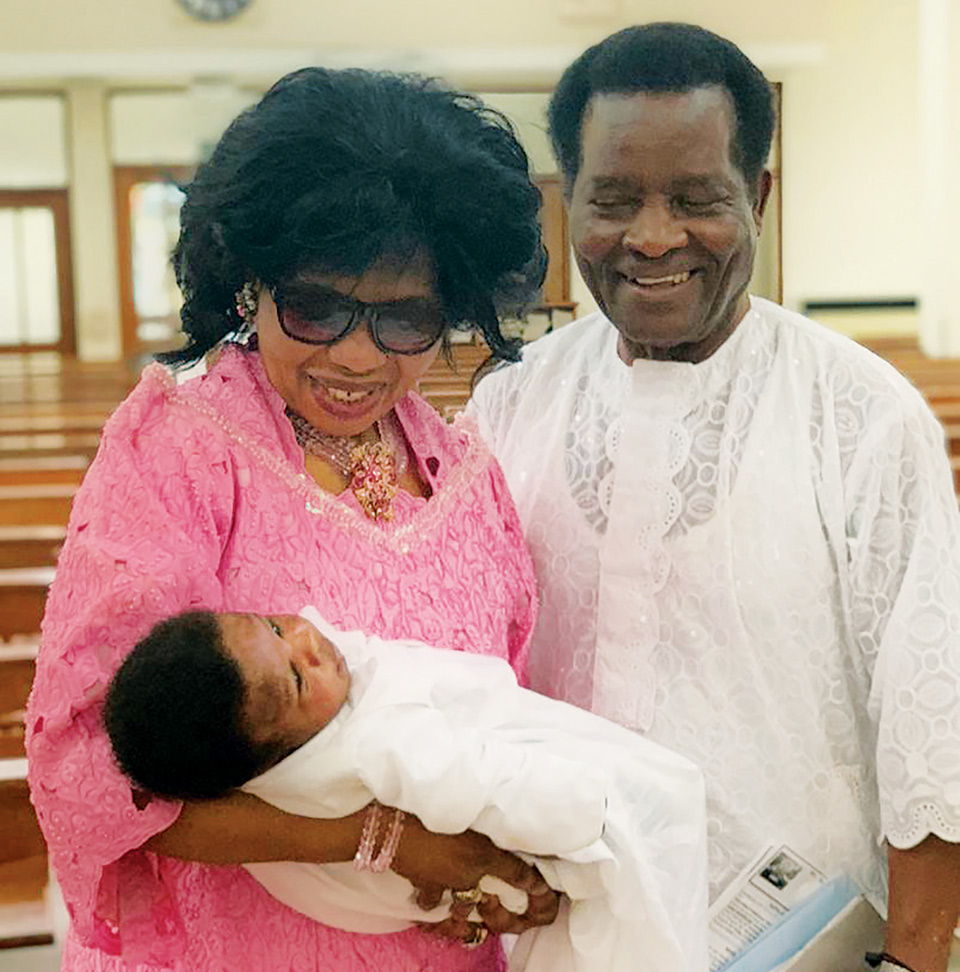 “My husband and I are happily in love and have enjoyed many wonderful years together. There have been challenging times; our first child had passed at the tender age of only 6 years old. This really affected us both, but God Almighty the maker of matrimony and life soon gave us three beautiful and loving children, whom we are immensely proud of.”

As aforementioned Mrs. Ijeh’s longing desire to create her own business was at the forefront of her mind and gave great impetus to her career progression. She took matters into her own hands after accruing enough years of experience. She me with the business manager at the Fashion Centre (a stylish company based in Shoreditch), to whom she expressed her burning desire to start up a business, requested for assistance in ‘Kick-Starting’ it.

Luckily, the firm were in the process of staging a fashion show for designers. This gave Bernadette the opportunity to participate in something that provided her with the necessary industry exposure as well the springboard she needed to boost her career. Commenting on the exhibition Bernadette stated “I had great opportunities to be well patronised by crowded buyers from, Britain, Canada, United States, Paris, Italy to name a few, in this fashion exhibition”.

After the fashion exhibition she was congratulated on her debut and huge success in the event. “There and then, I went through the process of completing a business plan and how to request for bank loans, it really was a strange moment for me, it was all so surreal. They helped me draft a business plan and presented to the bank as I requested a substantia loan to fulfill the plethora of orders that I received at the show.”

However, obtaining the loan she so very much needed was not an easy feat. She had been rejected six times, by various banks. But she was more determined to achieve her vision, especially as none of the rejections had been a direct result of her competence, she remained focused to the end.  Undeterred by the obstacles she encountered at the time, she continued her search for the loan she so desperately needed to support her dream. She phoned the first bank that rejected her, asking for another appointment, but the secretary came back to say there would be no point for another appointment if it was subject to another loan request. “I was a customer, with an account with the bank, I was fully entitled to speak with a personal banker/manager”. Her reasons were valid, and so the secretary corroborated her plea and provided Mrs. Ijeh with an appointment.

Mrs Ijeh further gave a thought-provoking narrative, which would embolden those in genuine need to not despair or agree to a mere ‘no’. On the D-day of her second appointment with the first bank, she took along with her an assemblage of sample pieces of the fabrics, patterns and sketches that proved the designs to be her original creation. She presented her briefcase to show him the various garments and pieces she had designed. Much to her delight, the manager she met was amazed! He picked up the samples to show his colleagues in the bank. They were all extremely impressed by the garments and with her creativity. He then returned to his desk and wrote out a cheque of £5,000.00 as a loan for three months, which she delightedly received and promised to repay within the specified time.

“As promised, the orders were completed in three months and I met the bank manager, in efforts to repay the loan. When I got into the bank manager’s office, there was a great change in his approach compared to my first appointment. He rose from his chair pulled out a chair for me and asked if I wanted tea or coffee. I replied that I had only came to repay the loan and thanked him profusely for his faith in my abilities and for giving me a chance to prove myself. This was a landmark success for me because I now felt even more determined to reach greater heights by believing in my abilities and gathering the confidence to be able to work through challenges for positive outcomes”.

To this day, Mrs. Ijeh still feels a sense of overwhelming happiness, as if the heart-warming breakthrough of 1989 had just taken place.  According to her, the loan was the at the cornerstone Labernimure Elegance’s inception in 1989, which has now flourished magnificently into designing and creating bridal gowns, bridesmaids’ dresses, couture gowns etc. These designs are commonly seen in department stores and fashion houses in the UK, Europe and the United States etc.

And she revealed; “I was invited to represent small businesses in the American Concourse Conference in Washington DC, in 1990 where the late Bennie Grant, footballer John Fashanu and Minister for Small Business, MP Dianne Abbot all attended. By attending that event, I was later invited to stage my first fashion show in United States, at Howard University in Washington DC, with all expenses paid. What a break-through that was for me!”

This paved the way for many shows such as ‘Weddings for Us’ Atlanta, Georgia. While then in the United States, she proclaimed to have had the opportunity of featuring on Day Time Television and radio shows, talking about her business experience. A key highlight for her was when she met the former United States Ambassador to the United Nations, Mr Andrew Young, civil rights campaigner, Rev. Jessie Jackson and many other global celebrities.

Casting her mind back, Mrs Ijeh, the creative heroine, left us with this memorable quote “You Can Get It If You Really Want” by music legend, Jimmy Cliff, in his classic single. She claimed, those words spoke true to her and carry as much weight back then as it does now. The wordings talk about perseverance, believing in oneself.

Indeed, this is deeply rooted in her philosophy and gave her the strength to create and take control of her destiny. Her work, her charm and overall personality has positively impacted her children and a great number of men and women. It is true, these virtues help to build self-confidence and determination, resulting in better relationships, quality work and influencing others in a positive manner.