A man of humble beginnings, Charles Eigbiremonlen, popularly known and called (Charles Molen) was born in Benin City, Edo State to the family of Mr. Godfrey Eigbiremonlen, a retired civil servant. He attended Primary School in Benin city, after which he proceeded to St Finbarrs College, Lagos. 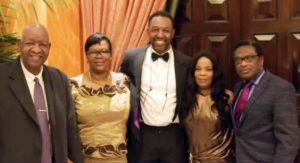 As a youngster he had always wanted to be an Estate developer thus he followed up this desire when he left for high school and moved to Washington DC, went to college in Baltimore Maryland where he was super actively in college football and bags a degree in “Associate Arts” before transferring to University of District of Columbia, Washington DC and had another degree in marketing, major and specialize in international Business. 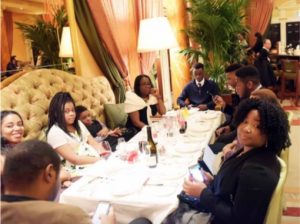 The Dorchester is one of five – star world’s most iconic hotels, welcomes its esteemed guest to a place of their heart desires, that defines its destination and care. It has endless history of hosted celebrities, most celebrated icons and perfect place for great romances. The Dorchester was something of a second home for Charles Molen and witnessed many of his defining moments and offers exclusive and rare treasure where the only thing that comes as standard is the excellence of service.

Charles Molen cemented a weekend of partying for his birthday in ultimate style, surrounded by his dad, brothers, children, close family friends, and some business associates. The gallery of the hotel was parked, filled with family, friends and his business assoicates and all the celebrity photographers watching closely, competing to get a close shot of the action.

Charles Molen ascended from a self driven black Azure convertible shortly after 1830-hour local time and walked in company of his lovely daughter Jessica, side by side and the rest of his children.

Decked in his signature dinner suit, the handsome real estate celebrity guru was swiftly ushered to where his dad and siblings were already seated.

Friends and families cheered, “Happy Birthday,” as an elated Charles made his way around to greet his close pals, where dozens of his business colleagues’, celebrities – including TV producer, writers, property and real estate management consultants and most importantly Mr. Ray, high profile business tycoon, whom Charles Molen introduced as his first father and a role model in the UK. 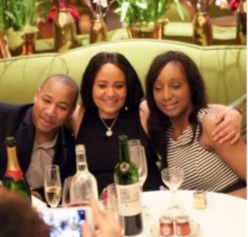 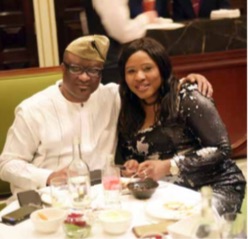 After Charles Molen’s arrival, more of his business associates started coming in dozens. For a while, waiters served specially designed ‘Candology’ finest whisky, champagne, vodkas and cocktails to hundreds of guests at the Gallery of the hotel which he hired for the night.

But for the youthful property developer who has made a fortune, the truism that money cannot buy everything resonated only too loudly at what should have been a glittering party at the five Star hotel, venue of his 50th birthday celebration, ‘The Dorchester’.

Charles broke out in tears, missing his Mum. His Father Mr. Godrey Eigbiremonlen quickly cuddled and re-assured him with words of wisdom…”there is time to be born and time to die, your mum as a good humble woman who loved her children so dearly, she’s resting in peace”

harles came to terms with the fact that for all his wealth, he could not save the life of his beloved mother. …. ‘Money was no object. I spent a lot trying to find the best doctors — and I found the best one, yes I did — but it was all too late,’ says Charles, his super mother, whom he fondly called mummy, died few years ago, just three months after a brief illness, and wished she was there to witness the great occasion. 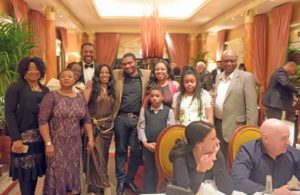 Charles Molen is a man with a large heart, and people who know him well would always talk about his modesty and humility, in spite of his many achievements and successes. For those who barely know him, his outward characteristics’ portrays someone with a strong sense of humility, a simple lifestyle, who comports himself properly, loves children and jealously guide against any woman in need. He likes to keep his head low while others keep theirs high.