Ever since I can remember, Uromi used to be a bubbling town with lots of commercial activities. Inhabitants of neighbouring towns and villages taking advantage of its busy environment; shop, socializing, busy motor parks where vehicles converge and board taxis to more developed cities. And the only town that could nearly compare favorably with Benin City in this part of our region was Uromi. Also of note is the respect accords any Uromi indigene for their hard work and industriousness.  No wonder, they are addressed as the ‘Ibos of Esan’, power brokers within the region and Nigeria as a whole. 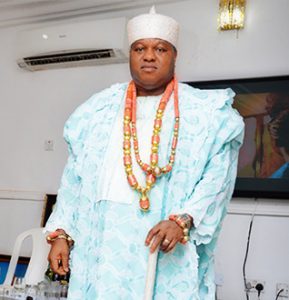 The history of how Nigeria got her independence would not be complete without a respectful mention of Uromi as a result of the arrow contributions of Chief (Dr) Anthony Enahoro during pre-independence, he influenced the provision of social infrastructures that reflected the level of recognition of sorts to Uromi people. As a result, the tittle of ADOLOR of Uromi Kingdom, was created and conferred on our renowned illustrious son, Chief Anthony Eromonsele Enahoro in his blessed memory, in 1958. History had it that he moved the motion for the Nigeria independence during his days as member of the Federal House of Representative in 1953, thereby placing the people of Uromi kingdom on the world map and international lime light.

When he became a Federal Minister of Information 1967 spanned 1974, he influenced so many infrastructural and essential amenities to the Kingdom of Uromi; including pipe borne water, roads, hospital and electricity. This, according to the people of Uromi, brought so much joy and happiness to the land. So, the then King of Uromi imbibe the spirit of celebrating great achievers while still alive. The attitude of eulogizing and celebrating achievers after death was not a principle he encouraged, so he honoured Chief (Dr) Anthony Enahoro with the chieftaincy title of the ADOLOR of Uromi, (The Repairer of Uromi kingdom) the title he held until he died in December, 2010.

That position has since been vacant and reserved until this time that the Kingdom of Uromi, through the able leadership of the dynamic and pragmatic ruler, HRM Anslem Eidenojie II, MFR, the Ojuromi of Uromi, after rigorous consultation with his chiefs in council, cleared the air about the ADOLOR tittle; “that, ADOLOR title is not hereditary, it is an honorary title and this will mark the second time is being giving out since inception. As the Onojie, “I have the power to bestow to anybody who merits it. It is at the discretion of the Onojie and palace chiefs, known as the Uromi in Council, he said” We came to conclusion that Chief (Dr) Arc. Mike Onolememen deserved the tittle of ADOLOR, we find him very resourceful, reliable, committed and he has contributed immensely to the growth of Uromi and we urge him to continue to do more. He has been found worthy of stepping into the shoes left behind by Chief Dr Anthony Eromosele Enaholo for connecting communities and villages within Uromi and some other parts of Esanland with good roads networks, dualizing the Uromi township roads and lighting up the town with streets light.

Worthy to mention also is the meritorious service he gave to the nation at different times and capacities between 2006 to 2015. He was with the PTF, Minister of State for Defense and of course the Minister of Works. His performances at the Ministry of Works is still being commended till today even by the current government. The title of ADOLOR of Uromi was conferred on the former Minister of Works, Chief (Dr) Mike Onolememen. The ex-Minister, Chief (Dr) Mike Onolememen expressed joy for the honour done him, thanked the Onojie and Uromi in Council, for the confidence reposed in him and promised to continue to do his best for Uromi community and Nigeria.