Jules And Disi Ties The Nuptial Knot In A Grand Style 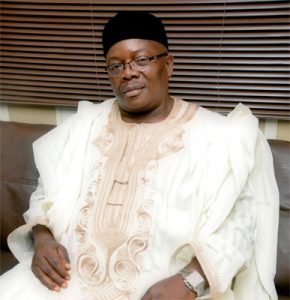 In the true spirit of ‘Aluta Continua’, (the Struggle Continues), High CHIEF (ALHAJI) SHEHU MUSA ISEWELE, a dogged ‘Comrade’ and the 11th National President of the Road Transport Employers Association of Nigeria (RTEAN), spoke to SOCIETY CELEBRATION. High Chief Isewele holds the important title of the Aigbojie 1 of Uromi kingdom, in Edo State and is amongst the 492 delegates holding the ongoing national conference to restructure Nigeria.

Alhaji Isewele, who is a natural mobilizer, is a great supporter of President Goodluck Jonathan and his transformation agenda to turn Nigeria into a country of Eldorado. With his sixteen million followers, this he readily tells everyone who cares to listen, ‘’that President Jonathan mean well and has silently brought a revolution and progress to the country, and therefore needed to be supported by all. He reveals his individual inclination to patriotism, justice and fairness for all, especially for the poor and the helpless and to the Ombudsman’s principle, amongst other issues.
For his election as National President of the Road Transport Employers Association OF Nigeria (RTEAN), it somewhat signifies  that he is versatile and disposed to radical changes. Otherwise, RTEAN is a vibrant frontline union for road transportation in Nigeria known for its teeming and widespread membership that has the usual clout to sway the country. As widely believed his assumption as RTEAN’s boss has brought greater improvements and more of public endorsement to the activities of the association. 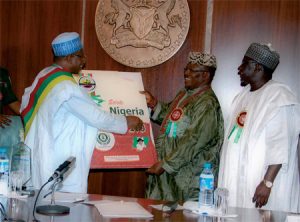 And within few minutes of interacting with him, High Chief Isewele, the articulate and persuasive labour leader had taken Society Celebration through exciting conversations in the manner of what he is said to be – an analytical mind and media interviewers’ delight! With a voice rising and falling, like in a classic song, Isewele, a dark complexioned and firmly-built man, gesticulated in clever expressions, injected with humour. As a child who passed through life’s undulating turfs, he easily frowns at abject poverty in the land, especially amidst the majority poor, which he sees as a product of systemic corruption and bad leadership of the past.  At that he is a fiery fighter of societal ineptitude and an unrepentant apostle for ‘a corruption-free society Nigeria and the timely restructuring of the Nigeria country’. That is why President Jonathan had the honour of choosing him among the lots of well-meaning Nigeria to a conference to restructure the country.
Indeed, it the common knowledge of those who know him that High Chief Isewele, the former deputy commissioner of police is a patriotic Nigerian who does not deep his cup nor sup from the stagnant filth of water called corruption. Indeed, he is widely seen as an advocate and tireless worker for love, virtuous living and a free human enterprise.
A personality who combines ‘native intelligent’ with the white-man’s knowledge and holder of the traditional title of ‘Aigbojie 1 of the Uromi kingdom’, and some other titles, High Chief Isewele had shared some nuts and prayers with the crew of Society Celebration.
Of course, during his early upbringing back in his hometown of Uromi, Alhaji Isewele had learnt the rudiments of humancoexisting in a polygamous home, where he is the 19th child in a polygamous family, where his mother was the last women of his father’s four wives. ‘’My late father was a disciplinarian, farmer, a timber-trader and traditional medicine man, that also served as the town’s chief priest. He gave us discipline and taught us to be self-confident, truthful  and bold’’ He continued; ‘‘that is why today all my father’s children are very disciplined, outspoken and have the freedom to try to be the best. Even though my late father had his own religious belief, some of his children are Muslims, Christains etc, as his first son is a Bishop ’’.
Born in 12 February, 1954 in the Efandion quarters of Uromi town, in Esan North East Local Government Area of Edo State, where his father had lived, but High Chief Isewele grew up in Eko-Ugbodu suburb of the same Uromi. Thereafter, he attended St. Theresa’s Primary School, Udo-Ubiaja. He later attended his secondary education at Baptist Training School, now renamed Federal Technical School, Onewa-Uromi. 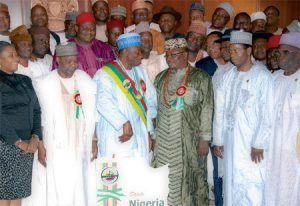 Life as a Policeman

For the young Isewele, farming of crops was a daily pastime at home, but he had worked briefly in a bread bakery for a change after finishing secondary school. As he desired to leave home for a greener pasture, he journeyed to Benin City to join the Nigerian Police Force, (NPF), with the help of Sergeant Alao, a police car-driver and a close friend of his father, who hailed from Opoji town, near Irrua. Here in the force, he witnessed the evil of corruption, which he regrettably found to have spread to other facets of the life of the nation.
From there, he gained admission into Police College Oji River, in the present day Enugu State. He recounted how two police officers (his seniors) Julius Omogorieva and Ujemba had assisted him greatly, whilst in training college and Lagos, his first place of  assignment. With the then commissioner of police of Lagos State, in charge of promotion and posting, AIG Eweka, he was promoted to a corporal and posted to Ughelli, now in Delta State.
High Chief Isewele also remembered how the Divisional Police Officer (DPO) of his station, M.D. Momodu treated him like a younger brother. But, he soon had a misfortune of been shot in the leg by armed robbers. He had recovered from treatment of the wound, promoted to inspector and posted to Okwachukwu, where he experienced more injustice and misfortunes.
“One day, we arrested a man in respect of a lorry loaded with ammunitions, where one Constable Otokhile made away with their bag of money. Many of us were suspended from work, after which I was
returned exonerated and instead, promoted. But, to my surprise, I discovered some foul play meted out to me, when many of my counterparts had been promoted beyond my present status’’.
Finally, he was posted to work for many years in Kano as Deputy Commissioner of Police; there he remained until he left the force riddled with injustice, crisis and uncertainties.

Some of His Achievements as RTEAN National President 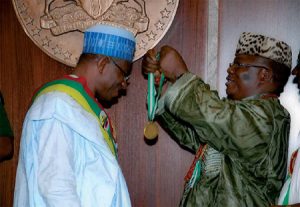 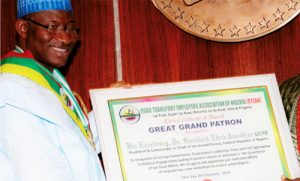 As a man who love to see people enjoy the freedom of worship, he firmly believes in  ‘Chris-Islam’ a doctrine of combining two major religions of Christianity and Islam. High Chief Isewele professes to the divine power of miracle, love and mercy, as made popular with Prophet T.B. Joshua, charismatic preacher and healer, who leads the Synagogue Church of All Nations (SCOAN), a globally acclaimed mission with headquarters in Lagos, Nigeria.

The Miracles of His Life

High Chief Isewele recalled to Society Celebration the intervention T.B Joshua made before God to cure him of acute coughing and some other sicknesses. He also remembered vividly, how the bottle of anointing oil given him by the soothsaying SCOAN pastor, worked more miracles of deliverance, prosperity and security in his and family’s life. He also narrated how a bottle of anointing water, which he pocketed as at the time of his abduction save him.
‘’One day, I was kidnapped by some gunmen who forced their way into my hotel in Abuja. But my first and second sons were also in a room downstairs, while I was upstairs. Both sons had raised alarms, which led to the arrest of my abductors near the Abuja games village. This was a day before my successful election as RTEAN national president’’. He thanked God for saving him.
He also believed that God has used Prophet T B Joshua to give him the right directions and grant him huge successes in leading RTEAN.
In appreciation of the good things the Lord God has been doing for him, Isewele vows to Society Celebration that he has rededicated himself to the service of God and humankind by ‘’serving God in truth and love and using my resources and time to further help the poor and the needy, wherever I find them in
and outside this country’’

He was first married to four wives and gave up three, to remain one. He has six children; the first being a lady, He has five boys with the first a very prominent engineer, amidst another two that is a twin.