Overnight Hairstyles: Because There Is Life Outside The Hot Rollers

Born Princess Elizabeth Alexandra Mary of York on April 21 1926 – the year of the General Strike – she was never expected to be Queen. But she has become the longest reigning and oldest monarch in British history – and now the first to reach 90 years. In her reign, Britain has undergone major transformations from technological advances such as computers and supersonic flight to developments in society and the political landscape.

Her Majesty the Queen (Queen Elizabeth 11) head of State for the roughly two billion people within the Commonwealth and territories which fall under the jurisdiction of her Crown, alsoholds considerable power; she simply chooses not to exercise it to its fullest extent. In the UK for example, her permission (Royal Assent) is required for the passage of any law, she has the authority to dissolve parliament, to declare war, to create and enter into treaties, pardon criminals, etc. 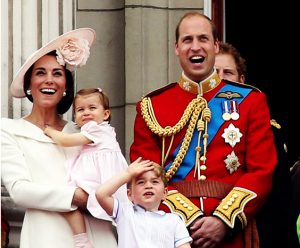 During her 64-year reign the monarch has been served by 12 prime ministers from Sir Winston Churchill to Mr Cameron and now Theresa May, while Barack Obama is the 12th US president to hold office over the same period. Theresa May was the home secretary under Prime Minister David Cameron. May, 59, accepted an invitation from Queen Elizabeth II to form a new government just minutes after David Cameron, the outgoing prime minister, tendered his resignation to the 90-year-old. Queen endorses Theresa May, a Conservative politician, as the Britain’s second female prime minister after Margaret Thatcher, who led the country from 1979 until 1990.

Her Majesty the Queen, whose commitment to her duties has won her the respect and admiration of people all over the world, Her Majesty the Queen has been a constant for the nation through decades of social change. Now, as she turns 90 – becoming the first British monarch to celebrate such a landmark birthday – the nation celebrated with the Royal Family as they have always done on so many happy occasions, declared street parties, many have it as a special moment to remember in history. 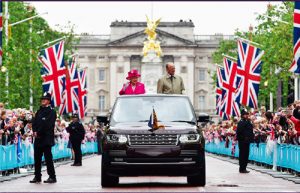 Thousands withnessed Her Majesty the Queen’s 90th birthday celebrations -marked with the flypast that followed the Trooping the Colour ceremony. At midday an array of approximately 30 aircraft, including a Chinook helicopter, a Spitfire and Hurricane pair, Tornadoes, Typhoons and, of course, the Red Arrows, zoomed over The Mall and Buckingham Palace.

While the three-minute flypast may seem a short period of time, a huge amount of preparation took place months prior to the event day to ensure safety integration of the flypast aircraft with the operations in the busy London airspace.

Britain’s longest-serving monarch celebrates her milestone, street party for thousands A giant street party for the Queen’s 90th birthday celebrated her support of more than 600 organisations and charities. The Patron’s Lunch was also attended by 10,000 guests – many from charities supported by the Queen – in London’s The Mall.

The Duke of Edinburgh, Prince William and Prince Harry all attended the party. The Organiser of the party, Peter Phillips – the Queen’s grandson – said his grandmother was “excited”. The street party was culmination of a weekend of national event to celebrate the Queen’s official 90th birthday.

A service of thanksgiving – was attended by the Queen and Prince Philip which was held at St Paul’s Cathedral. The following day the traditional Trooping the Colour ceremony was staged in Horse Guards Parade.

There were other Celebrations and events inside the grounds of Windsor Castle. The Queen drew cheers and laughter from the crowd as she joked that while she appreciated the birthday wishes she had received; she may not feel the same if she continues to hear Happy Birthday for the next few months.

“I much appreciate the kindness of all your birthday wishes, and have been delighted and moved by the many cards and messages I have received,” the Monarch told the audience. “How I will feel if people are still singing Happy Birthday to me in December, remains to be seen!”

Prince William’s sweet tribute to ‘granny’ and the Queen’s light-hearted birthday speech Prince William added a personal touch to proceedings as he addressed the Queen at the Patron’s Lunch on Sunday afternoon. Taking to the Admiralty Arch Stage on the Mall, William thanked his “granny” for everything she does for her grandchildren and great-grandchildren in a moving tribute.

After talking to the 10,000-strong crowd about his grandmother and the work she has done as Patron of over 600 charities, William turned his attention to the role she has as head of the royal family.

“Before I finish, I hope you won’t mind if I say a personal thank you to The Queen – and to do so on behalf of all her grandchildren – and great-grandchildren,” Prince William said. “Granny, thank you for everything you have done for your family. We could not wish you a happier birthday.” 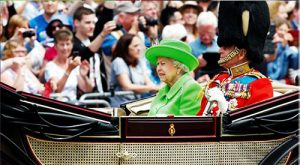 Prince William introduced Her Majesty to the stage, and her short speech showed the “sharp wit and famous sense of humour” that he had referred to.