Betty Ivie Nwabineli – A Testimony Of Her Work And Faith

Osayande Osaigbovo Asemota, the gallant, industrious and patriotic Nigerian, who is a famous pharmacist and businessman, who has a cause to glorify God Almighty, having been born into a notable family-linage, acquisition of all-round moral and academic education, getting proficient and speed in professional and business practices; and having a marital bliss.

Osayande, as he is simply called by his numerous admirers, was born to Darlton Ogieva Asemota, a notable statesman, who was pioneer Senator of the Federal Republic of Nigeria to represent the former Mid-Western state (now divided into Edo and Delta states) of country.  His mother was Ofuame Asemota (nee Imoisili of Uromi town of Edo State. Both parents of blessed memories were disciplinarians, caregivers and dedicated Christians, who gave to their children the best in life; sound moral instruction, religiosity and qualitative education. With the thorough upbringing, Osayande and his other siblings from the same parents have become very useful members and contributors to the Nigerian and other foreign societies they find themselves. 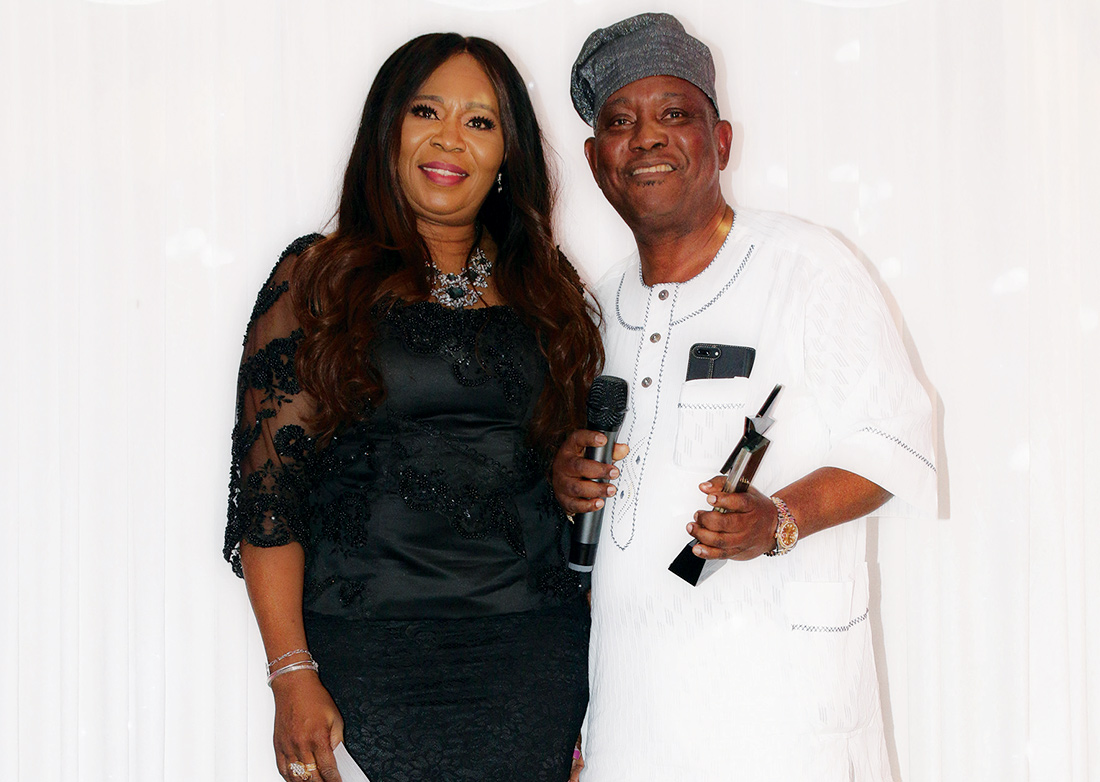 From childhood days, Osayande had dreamed of becoming great, as he adored those in the medical profession. Subsequently, this childhood desire soon began to be realistic when he gained admission to read for Pharmacy at the frontline and resent-day Obafemi Awolowo University (OAU), Ile-Ife, Osun State of the country. Ironically, the university was founded and now named after Chief Obafemi Awolo, the Nigerian sage and politician, with whom Osayande’s late father – Senator Asemota, had a great relationship.

At a tender age of 20 years, he graduated from OAU with a 2nd Class degree in Pharmacy. That was after having elementary and secondary education in flying colours. The studious Osayande thereby proceeded to complete his Pharmacy Pre-Registration at the primal Specialist Hospital, Benin-City, Edo State and became a fully registered and practicing Pharmacist at another tender age of 21.

Determined to have a rousing career, he got his first job as a Medical Representative Salesman with the ubiquitous Hoechst Pharmacy Nigeria Ltd, Benin City branch. While here, he got rapid promotions in this branch and became the Head of its Office in Ikeja, Lagos as Group Product Manager, responsible for all medical products’ importation and registration.

With his medical salesmanship and importation knowledge-background, he started Byrite Drugs (Nig.) Ltd, in order to attain a burning desire to have his own pharmaceutical company. All along and throughout his stints with Hoechst Ltd, Osayande realised that he had a passion and desire to be self-employed.  Byrite Drugs (Nig.) Ltd started at his first pharmacy shop at Adelabu Street, Surulere, with his then sweetheart and now his wife, Esther Ediale, a humble daughter of the then educationist, Pa Ediale from Opoji, Esan West LGA Edo State, as his Pharmacist partner. His wife managed the business along until Osayande later resigned his post to join the company that started importing and marketing medical products.

In 1988/89, Osayande got married to Esther, the Siamese wife, after a convivial and compatible courtship. Getting Osayande to talk about how he got to meet Esther, would see him breaking into a hilarious laughter and amiable smiles!  Esther, the dutiful better-half, also lived in London, United Kingdom, where she subsequently registered as a professional and a Practicing Pharmacist in London.  Here in the Queen Elizabeth kingdom, she gave birth to their first daughter, Imuetinyan. While Esther and baby were in London, the Nigerian economy experienced a downward spiral, as Osyande later joined his family in London and also registered as a Practicing Pharmacist.

While in the UK, Osayande, a resourceful persona, good mixer and curious mind, soon got acclimatized and won to himself some good friends and professional associates amongst the Londoners. With this trust and thrust, his first NHS Pharmacist job with the then Lloyd’s Pharmacist, came handy, during which he was one of the pioneers of the NHS Patient Medication Records revolution in pharmaceutical practice. Being the eager and easy learner he is, it did not also take him long to study and understand the business and marketing chain of the pharmaceutical run in the UK.

The Nigeria’s pharmaceutical medicines and equipment supply and market, at the time, especially during in the economic doldrums, experienced unsteadiness in such a way that it impacted negatively on safe or adequate healthcare delivery.  A patriotic Osayande always had sleepless nights about how he could intervene to ease the problem which was affecting the lives of fellow Nigerian countrymen and women.

This had led him to be one of the first in the generation of Nigerian- pioneers, who intervened in this crisis by bringing the presence and supplies of the multinational pharmaceutical company, Care Chemist to the country. With the East Dulwich, London-based firm, he started his first UK Pharmacy shop in 1994. Also with his ever industrious wife, Esther, they proceeded to form a pharmaceutical business-chain, by acquiring more shops of Care Chemist and those of important UK pharmaceutical firms like Roehampton, Edwards and Taylor Chemist, Feltham.

The cognate and combined expertise and experiences of the Osayande Asemotas, Osyande, “Man of the Household” also vigorously pursued some other passions and diversified into properties business, which he grew up to an enviable business that has accentuated the family’s corporate profile.

Remembering A Blessed Life In loving memory of Ibidunni Ighodalo

Top Celebrity Fashion Designers In Nigeria – The Brains Behind The Glam

Betty Ivie Nwabineli – A Testimony Of Her Work And Faith

A Tribute: Leaving A Legacy Even In Death