Prophet Samuel, groomed to meet his divine call to the Lord’s vineyard, through the filial and spiritual guidance of his biological parents. After his missionary school went into sojourn for greater knowledge of the Lord’s Kingdom, meets with great men of God; The charismatic clergyman Bishop David Oyedepo of ‘Winners Chapel’ and Prophet TB Joshua of the ‘Synagogue Church of All Nations’, whom he mostly refers to as his spiritual father. 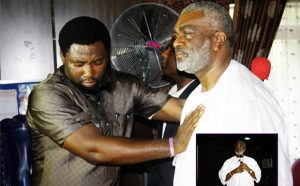 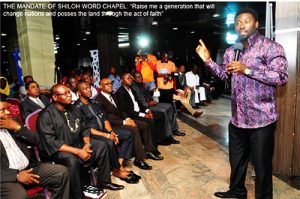 Prophet Ikechukwu Samuel, the founder and general overseer of the ‘Shiloh Word Chapel’ Abuja, is a prolific writer who do not only look like his spiritual father, but act and behaves like the Ondo born Senior Prophet TB Joshua of the ‘Synagogue Church of All Nations’; his service is conducted just like that of TB Joshua and he admits he adorns his relationship with Prophet TB Joshua. He is a cheerful giver that can’t boost of any bank account but sponsors and awards scholarships to the poor and lowly. His ministry started with 70 pioneer members five years ago, and ten people gave their lives to Christ after the launch of the mandate which God gave to His Servant Prophet I.O. Samuel; who would Raise a Generation that will change Nations and possess the land through the acts of faith. The ministry exploded under three months of its formation, changing souls from other religion and faith to Christian faith without stress or pressure; diversities of miracles have been recorded; healings, deliverances and accurate prophecies on weekly basis. 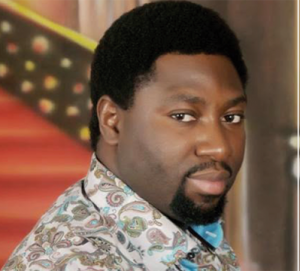 People started to experience financial turnaround with the yoke of barrenness broken forever in their lives. The ministry through its foundation, “Samaritan Foundation”, has the vision of stopping street kids roaming about or hawking in the streets of Nigeria without quality education, giving people shelter, scholarships for quality education and direction for the future of our generation, and assisting the poor widows and the elderly; for there is love in sharing! It was revealed to God’s servant before the starting of the commission that through this ministry, nations would be changed and sicknesses, sorrows and all satanic afflictions would be destroyed by the sound Words of God and signs that would follow the works of the Ministry. 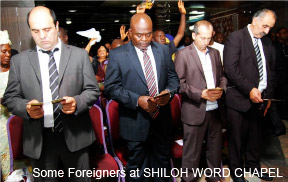 Again, God revealed to His servant that through his teachings and prophetic release of blessings, he would raise 1,000 billionaires under fifty-five years of age in few years that would faithfully change this country Nigeria, Africa and the world at large with their financial influence supporting the Kingdom activities to change the world. No one comes across the ministry under few weeks and remains the same spirituall.y, financially, mentally and otherwise. Shiloh Word Chapel ministry, has partners across the globe and they have always been affected positively.